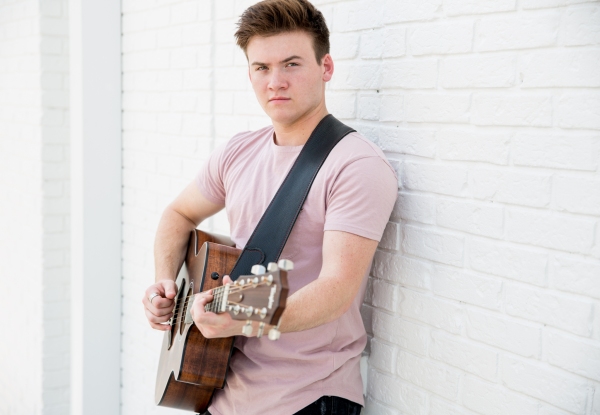 We caught up with Andrew Butcher, a former contestant on ABC’s Boy Band, to talk about music, cyberbullying, and what’s next for him.

Music means something different to everyone. What does it mean to you?

Music is my life. It’s a passion of mine that I’ve always had. It gives me hope for the future for myself.

How has your experience on Boy Band affected you as an artist?

I’ve learned new and amazing things that I would have never known if it weren’t for the boys, the producers, and Tim Davis (Boy Band vocal producer who also worked on 6 seasons of the hit series “Glee“).

People often forget it, but a little bit of kindness can go a long way. When was the last time that a stranger made you smile?

I would say the last time a stranger made me smile was last night. I was actually talking to one of my fans that I had never spoken with before, and hearing her story about how I helped her get through hard times brought a smile to my face.

When you’re down what song helps to pick up your mood?

When I’m down, I can always count on “There’s Nothing Holding Me Back” by Shawn Mendes to make me smile. It brings back memories.

If you had the chance to speak to someone who has been cyberbullied, what would you say to encourage them?

I would tell them to keep their head up, and I would try in every way to bring a smile to their face.

We’re really passionate about encouraging other young people to use the internet for good. What’s one positive way that you would like to see the internet change?

A positive way I’d like to see the internet change would probably be, every time someone logs in a positive message will pop up and encourage them to go out and have fun!

Who is your role model?

Definitely my parents. They’ve taught me how to live my life to the fullest. If I had to have a musical influence or role model, I would probably say Justin Timberlake. He was once a small kid in my position. And now look at him!

What does the future hold for you as an artist? Do you have anything exciting coming up?

You can definitely look forward to some big things for me coming up! My Christmas song is out, my single just dropped with the music video, and my album will be releasing hopefully in February. You can always find updates on my social media and website.

Check out the music video for Andrew’s new single below!

Answers have been slightly modified to fit the interview format.